The art of the craft: untapped solutions to revolutionise the post-pandemic pint experience

David Allen, director of product management, Specialty Flow Control at Xylem, on the pumping technologies that can support bars, restaurants and craft beer – particularly as consumer tastes have evolved since the Covid-19 pandemic.

As with so many industries, the Covid-19 pandemic has severely impacted global brewing and beverage. Once regarded as one of the more resilient sectors of the beverage market, the widespread closure of pubs, restaurants and taprooms led to a sharp decline in global beer consumption. In Europe, the drop in demand for casks and kegs was so severe, it eliminated 42% of beer sale volumes within the hospitality sector, resulting in 860,000 job losses and a 25% decline in the industry’s overall value to the European economy.

Despite more than €3 billion being wiped off the value of beer production in a single year, the brewing industry did experience an increase in off-trade sales, signalling a change in consumer behaviour as beer enthusiasts shifted their purchasing habits virtually overnight. Over the course of the pandemic, an additional 196 million litres of alcohol was sold through retail stores in the UK, with beer accounting for 65%. Unsurprisingly, premium beers drove most of this growth initially, particularly as consumers attempted to recreate the pub experience at home.

However, as lockdown measures continued to impact the European hospitality sector, a new trend began to emerge. People who had religiously consumed the same premium brands in pubs, and then in bottles and cans at home, began to experiment with alternative choices available in local supermarkets. The wide variety offered by independent brewers began to grab the attention of the conventional drinker, sparking a wave of demand for craft beer.

Art of the craft

The expansive range of craft beers available over the counter has opened up a whole new world for beer drinkers. Lured by the diversity of beer styles and taste profiles, consumers have found a new appreciation for craft brewers – particularly as they go against the grain in an industry dominated by established brands. Most craft beers are also brewed by domestic microbreweries, which adds a layer of exclusivity that can’t be matched.

While the appeal for craft beers has always been there, it has been served via the supermarket shelf. Large retailers have both the footprint and the floor space to offer a choice of between 100 and 200 beers across both premium and craft brands, whereas the local pub is likely to be limited to a handful of premium options – particularly when it comes to those sold on tap. But as consumer tastes continue to change and diversify, the draft options available to them will need to swiftly follow suit. 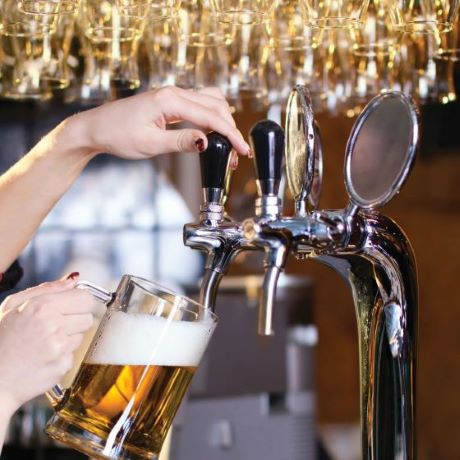 The art of pulling a pint. - Image: Xylem.

As pubs and restaurants across Europe return to some sort of normalcy, differentiating their offer will become key to helping them bounce back from the economic challenges of the pandemic – particularly when those differentiating factors align with emerging consumer trends. The European craft beer market is now expected to grow by more than 660 million litres between 2021 and 2025, and publicans and restauranteurs will now need to expand their in-house offer in order to keep up with the pace of change.

While most licensed premises recognise the need to keep evolving in order to keep trading, doing so in a way that is both affordable and sustainable is often the biggest challenge. Traditional pubs are often constrained by small budgets, and even smaller cellar space, so the ability to offer multiple draft options is limited. Most local restaurants are also too comfortable relying on extensive menus and premium beer sales to make any drastic changes – the perceived investment just isn’t worth it.

However, untapped solutions exist today that have the power to revolutionise the post-pandemic pint experience, enabling bars in either setting to expand their draft beer offering easily, and at little cost. Take Xylem’s Flojet G56 beer pumps for example. Designed to take the variability out of beer dispensing systems, this beer pumping solution offers enhanced beer quality – from the top to the bottom of every barrel – without impacting taste. 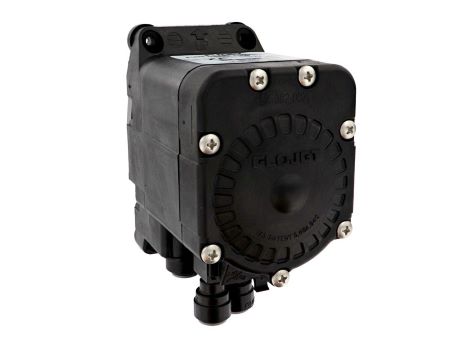 The pump enables pubs to expand the number of beers offered on tap due to its flexible design. Unlike ‘direct-draw’ dispense systems that use beer lines to draw beer straight from the keg to the faucet, the pump propels beer at greater distances, meaning kegs can be kept remotely in cold rooms or chillers to maximize cellar space. The pump works by applying a constant even pressure to the beer as it passes through the dispense system to the faucet, which is incredibly important for systems with long beer lines where temperatures are liable to vary.

Typically, systems that push beer through dispensing systems are CO2 gas or blended gas assisted, which is why it can be challenging to pour the perfect pint. Head pressure on the keg effectively delivers the beer to the glass, but when line lengths exceed the distance that the brewer recommends, it is easy to set the incorrect pressure – leading to flat or over gassed beer. In the case of over gassed beer, it will be difficult to pour a pint without having foam spillage.

With the G56, the keg head pressure can be set to whatever the brewer states on the keg. You can then set the gas or compressed air pressure to the pump at a level that assures the beer flows at an optimal rate for peak activity. The gas or compressed air used to drive the pump never comes into contact with the beer, allowing beers, and craft beers in particular, to retain the flavours and characteristics that make them unique – just the way the brewer intended.

Another consideration – every time you cut the head off a glass of beer, profits are literally being poured down the drain. If every faucet on a bar wastes just one drip tray of beer each day, and that pub or restaurant trades for 312 days in a year, an equivalent of 468 pints of beer are wasted. By preventing beer wastage, the pump essentially pays for itself, quickly becoming a money-saving asset for pubs and restaurants.

Solutions like this provide a quick fix for pubs and restaurants, while also ensuring the integrity of the beer remains intact. For craft beers in particular, the solution ensures that the beer will always be delivered to the glass in its best form. As a ‘set it and forget it’ solution, there is no need to adjust pressure in the beer lines which also makes keg changes quick and easy. Maintenance is easy as the pump is part of the beer line and connected to the keg coupler, so it’s cleaned every time the beer line is cleaned.

Beer production from the brewery to the bar room

Keep flushing during the pandemic