When population growth in Jordan increased the demand on water supply, six new high efficiency pumps with a strictly ecological orientation were selected from ANDRITZ and have achieved very good results since being put into operation.

Covered to 92% by deserts and desert-like landscapes, Jordan is the fourth-driest country in the world. Due to these geographical conditions, water scarcity has become a permanent, natural state. While the available capacity of renewable water resources in the region was 1,857 m3 in 1967, today it is less than 566 m3.

The value continues to fall and it is even expected to drop to 90 m3 by 2025. This is already significantly below the generally accepted limit of 500 m3 of water per person per year. In addition to geographical and climatic conditions, population growth is another key factor. Over the past five decades, the number of people living in Jordan has quadrupled and is expected to continue to grow at a similar speed.  Water crisis As early as the mid-1990s, a strong awareness of the impending water crisis developed in Jordan. Consequently, a reorientation of water management began with the aim of reducing agricultural consumption while improving urban supply. The current water resources in Jordan are divided into four areas according to consumption: agriculture, urban utilities, industry and tourism. The largest consumer is the agricultural sector with about 60%, while 36% are urban, four percent industry, and less than one percent tourism.

The sustainable optimization of water supply has become a long-term project through its adoption into the Kingdom's national strategy and agendas. The implementation of the ‘Water Sector Capital Investment Plan 2016–2025’ is currently underway. The objectives of this initiative are to secure and improve water supply, develop new water resources to increase capacity, and expand wastewater services.

For this, the partly inadequate distribution systems are extensively renovated and modernized. This will form the technical basis for a more comprehensive and sustainable management of water resources in the future to meet the needs of a growing population over the next ten years.

An essential part of creating a sustainable water management is the reduction of energy consumption by the water sector. Currently, the Jordanian system requires about 15% of the energy produced. This corresponds to about 2,000 GWh per year. A major part of this is can be attributed to the pumping of water. This inefficiency not only results in high costs, but also in increased CO2 emissions.

Based on a joint study with the German Association for International Cooperation, it was found that the annual energy-saving potential of 25 pumping stations would amount to 42 GWh per year. This would not only mean a reduction of up to 33%, but also a reduction in CO2 emissions to over 30,000 tons a year. For the implementation of the results of the study, five pumping stations were selected as pilots for the period 2016-2020.

Optimization These include, among others, the pumping stations Wala and Lib near Madaba. Built in the 1990s, the two facilities supply 184,000 people in the city and the surrounding area from the Madaba Reservoir. While Wala transports 1,500 m3 of water per hour to Madaba over 2.6 km away, Lib delivers 1,500 m3 over a distance of 17 km.

In 2015, these two plants were selected as pilots for the installation of new energy-efficient pumping systems, as they have a common supply source and a controllable distribution system with Heedan Well field. For this purpose, the previous five pumps in each station were replaced by four newer models and a monitoring and control system was installed.

In 2017, the demand of water supply in the capital city Amman increased rapidly due to population growth. Therefore, the Jordan Water Company (Miyahuna) and Water Authority decided to get more water from Heedan Well field to reduce the shortage in demand for Amman. In 2018, this idea was put into action and six new high efficiency pumps were installed to increase the total flow of the pump station Lib to 2,500 m3 per hour.

These high efficient pumps were selected from the international technology group ANDRITZ and have achieved very good results since being put into operation. The new system should deliver energy savings of up to 20% and savings of 313,000 Jordanian dinars, which corresponds to roughly US$440,000.

Pump expert For more than 165 years, ANDRITZ has been a byword for designing and manufacturing customized pump solutions at the highest technological levels. The high standard of ANDRITZ pumps is based on decades of experience in designing hydraulic machines and extensive know-how. They offer robustness and wear resistance, and fulfil highest customer expectations in terms of efficiency, life cycle, maintenance friendliness, and economic efficiency. In the interests of our customers, we set no limits on size and flow rate in the development and manufacture of customer-specific pumps.

Against this background as well as the more energy-efficient pumps and a worldwide reference portfolio, ANDRITZ has been awarded the contract to refurbish the two stations with a total of 12 pumps by the end of 2018. These include six high-pressure pumps from the HP43 series and six multi-stage, axially split case pumps from the ASPM series Energy-efficient

The ANDRITZ multi-stage, axial split case pump is a highly engineered pump designed to customers’ specific requirements. Its multi-stage impeller arrangement that can be combined in different ways to fulfil different application needs. In addition, the machine is calculated and designed to withstand all load cases which might occur during the lifetime of the pump.

Peak outputs of up to 40 MW, flow rates of up to 10 m3 per second and a cost-effective construction using barrel casings make this technology particularly effective. The axial split design is maintenance-friendliness even at high heads of up to 1000 m. Thanks to the excellent efficiency, which is above the industry average, and the speed-variable drive, this series is characterized by its low energy consumption.

Ecological orientation In the Wala and Lib pumping stations, in addition to the multi-stage, axial split case pumps also ANDRITZ high pressure pumps from the HP43 series are installed. Due to their high efficiency, they have a strictly ecological orientation. These pumps save a tremendous amount of energy, which pays for the investment within a short timeframe. Behind this technology are many years of product experience, a globally operating technology network, and use of the very latest simulation and test stand technology.

The modular machine can be gradually expanded as needed. It is offered in both horizontal and vertical design. Suction and discharge nozzles can be arranged variably depending on the intended use. With nominal sizes of 40-200 mm, in the first expansion stage, it reaches delivery rates of up to 850 m3 per hour at up to 40 bar discharge pressure. In the second stage even up to 63 bar.

“The exceptionally high efficiency, quality and best lead time were among others the main factors for us and our pumps being chosen over the previous supplier. We are more than happy and proud to support Jordan with our hydraulic machines in these pumping stations. We are, however, keen to take on and solve further challenges to support the overall development of a sustainable and energy-efficient water supply and management system in the Kingdom,” states Muhammad Abou Daoud, responsible sales manager for Middle East. 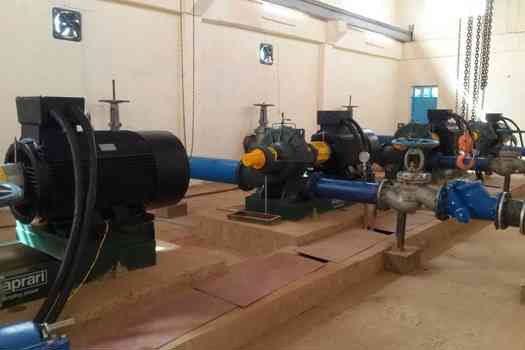 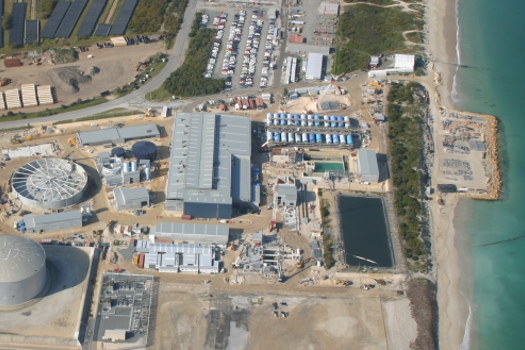 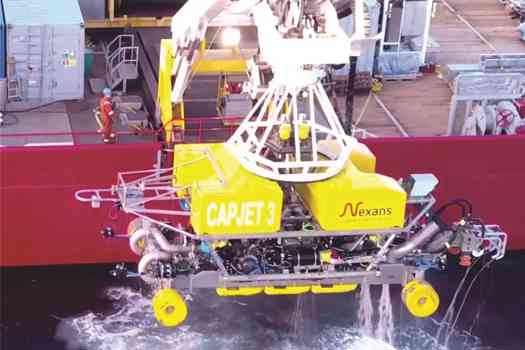 ANDRITZ helps create a power grid under the sea 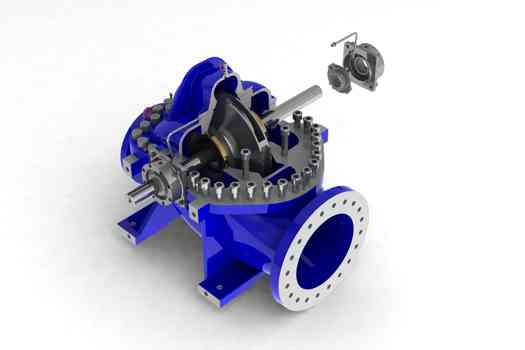 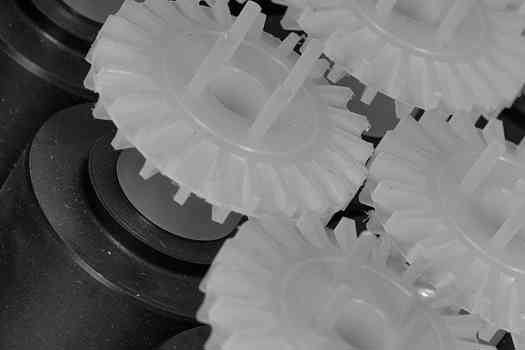