Pumps operating coal-fired power plants to increase to more than 400,000 by 2015

The pumps used to opeate coal-fired power plants range in size and price from the $950,000 main boiler feed pumps which for a 400 MW plant move 6,000 gpm and 7,000 feet down to small lubrication pumps moving a few gallons per hour. Metering pumps represent a small portion of the total revenues but a large percentage of units. By 2015 China will be operating 30,000 metering pumps but new purchases will be only $12 million in that year, with cooling water representing the biggest revenue segment.

These revenue figures do not include parts and services which will raise pump supplier revenues to over $1 billion.

Coal-fired power represents only 14% of the $7 billion forecasted total power pump market in 2015, with a large segment coming from commercial and industrial power which includes the steam cycle and liquid fuel handling. Nuclear, oil and gas including combined cycle gas turbines accounts for much of the remainder, with geothermal, solar to steam and other technologies as additional markets.

The total pump market is projected at $44 billion of which power represents 16% and coal-fired boilers 2.2% of the total 2015 market. However, the purchases will be concentrated in certain countries such as China, which will be the biggest purchaser of pumps for coal-fired boilers in 2015.

The biggest market segment in the US will be for replacement pumps rather than for pumps for new generators. However, the market for flue gas desulfurization pumps will be strong. This involves new installations retrofitted to plants which do not presently have scrubbers. 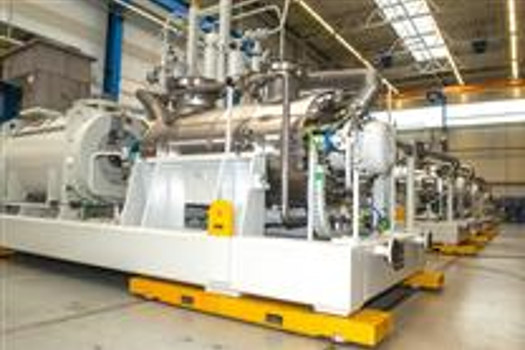 Sulzer to present at this year's Power-Gen