Termomeccanica Pompe has been selected by Larsen & Toubro Limited (L&T), a technology, engineering, construction & manufacturing company which is one of the largest in India’s private sector, to supply the booster pumps and the main boiler feed pumps with all their relative accessories and auxiliaries for two 700 MW units of the Rajasthan Nuclear Power Plant in India.

In order to qualify Termomeccanica Pompe for this kind of supply, the Indian Nuclear Authority (NPCIL - Nuclear Power Corporation of India Limited) required to verify in advance the dry running capability of this type of machines using a test pump with similar characteristics.

The dry running requirement is not usually found in the boiler feed pump specifications issued for power plants located in Europe or the United States but is mandatory for NPCIL. The dry running capability is actually one of the most severe conditions for boiler feed pumps because this means they have to be capable of accepting without damages the following events:

In such cases, vaporization in the pump occurs accompanied by a two-phase flow condition, large hydraulic forces, loss of damping and high rotor amplitudes with possible contact between rotor and stator.  The pumps have also to accept without distress or seizure the re-establishment of normal suction conditions following the transient condition without the necessity of being shutdown.

Given that higher excitation forces and, consequently, larger rotor amplitudes have to be expected during dry-running test and operations, the internal clearances are increased with respect to the nominal design clearance defined by API 610 standards and applicable for projects without dry-running operation. The clearances enlargement has to correspond to the right compromise between the objective to prevent contact between rotor and stator and the necessity to minimise the consequential loss of efficiency caused by the increasing of the internal clearance between the stationary wear rings and impeller.

Particular care has to be dedicated to the critical speeds issue in order to allow the operation under vaporization condition, i.e. under a condition where the dampening and bearing forces of the sealing clearances practically disappear.

Under wet conditions, the liquid flows through the small annular areas created by the clearances separating the regions in the pump under different pressures (such as the wear rings). It creates what is called a hydrodynamic bearing effect and essentially transforms the rotor from one supported by two bearing that are external to the pump to one with other additional internal bearings lubricated by the liquid being pumped. This phenomenon is generally called the Lomakin effect.

another important calculation is also performed, the rotor damped unbalance response, which allows to establish the peak-to-peak displacement of the unbalanced rotor. Under the dry running condition, such calculation proved that the rotor displacement at clearance of the rotating members of the test pump was similar to that requested of the boiler feed pumps.

The test pump arrangement was as per the Rajasthan Project pumps arrangement, i.e. with one stage, between bearings and double suction impeller and the same pump materials were used for all the wet components, i.e. Martensitic s.s. with 13% minimum Chromium content. To prevent seizure or galling between stationary and rotating parts, the wear rings and the shaft sleeves of the test pump were heat treated to get a hardness 100 HB higher than the casting components (impeller and casing).

The API plan was selected for boiler feed water service with seal faces materials suitable for dry-running condition. The mechanical seal arrangement, the internal circulating device and the seal chamber were designed to optimize the thermal insulation of the fluid operating in the seal. Under such condition, the circulating seal fluid is maintained at low temperature, guaranteeing constant water lubricity and therefore preventing high seal faces wear.

The hot and dry running test procedures as well as the sequence of the tests were strictly defined in accordance with NPCIL’s technical specifications and in full compliance with the requirements of the Rajasthan Project. A dedicated hot test loop able to handle water at 159 °C was specifically designed and installed in TMP’s in-house Test Centre to run the hot test.

On 8 May 2014, the test pump was tested in the presence of an a L&T inspector and TUV NORD as Third Party Inspector. The test pump was monitored during the entire duration of the test. It was monitored on both sides with X-Y axis no contact shaft vibration probes, seismic detector vibration sensors in the bearing housings, RTDs in the bearing cages and with a water temperature RTD, suction and discharge pressure transmitters, a torque-meter, a flow-meter, a tachometer and a phono-meter.

Only the temperature of the inlet water coming through the loop of the mechanical seals was measured with local temperature gauges. After the hot performance tests (Q-H, Q-Pabs., Q-ηeff., Q-NPSHreq.), the dry running capability was established by the closing of the suction valve with the pump running at full speed, rated flow and a water temperature of 159 °C. The test began when discharge pressure collapsed by at least 50% due to occurrence of vapour locking and lasted for more than 5 minutes. During the entire transient, all the pump parameters were recorded and found within the acceptable limits.

The pump was then switched off, with the recording of the rundown time until complete stop, and left to cooling down. The following day, the pump was restarted and retested at full power so as to compare the performance curves with the previous day’s tests. Confirmation was obtained that no measurable change had occurred. Finally, the pump was dismantled and inspected for possible damages. No wear of the labyrinths nor any degradation of any pump component was detected.

The tests performed demonstrated that the test pump, with its very rugged design, could sustain a transient 'loss of suction', starting with cavitation at the suction impeller and ending with a complete 'steaming out' of the impeller region without difficulties. The dry running test performed was quite significant for Termomeccanica Pompe as it allowed it to verify that all the design criteria used for the real project pumps will be able to fully guarantee a proper behaviour, without any seizure or wear between the stationary and rotating components and without any failure of the mechanical seals or loss of performances. 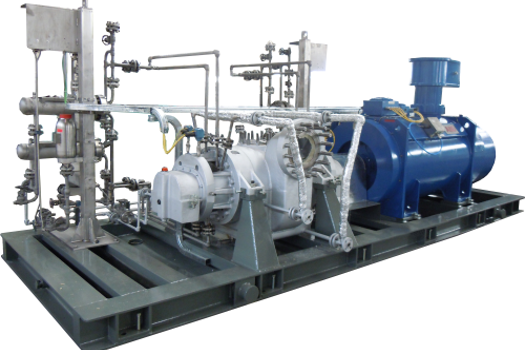 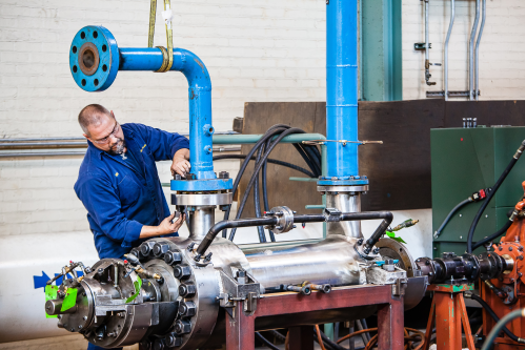 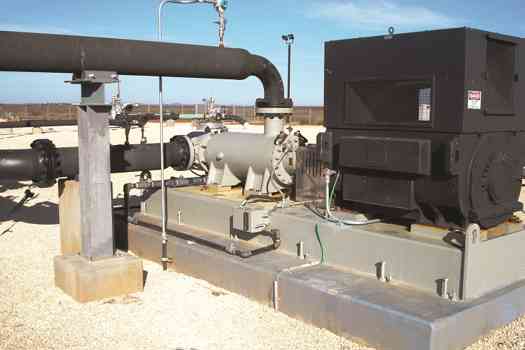 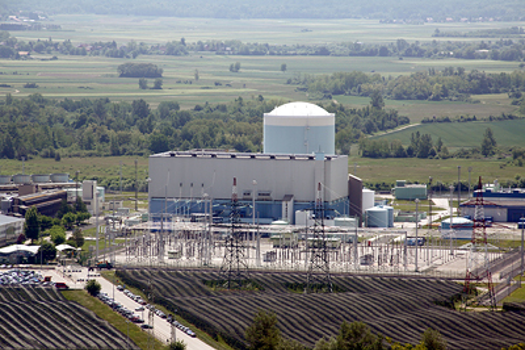