The UK port of Tilbury in London has relied on its impounding pumping system for almost 50 years. But when disturbing noises started occurring in the No 2 pump AxFlow UK was called in for consultation. Closer inspection revealed the need for an extensive refurbishment and repair programme, creating a major logistical and engineering challenge.

At each high tide the water level inside the impounding dock is raised to meet shipping and operational requirements. This operation is performed by four 57.5 in vertical A/F Vickers Armstrong pumps installed in the late 1960s. At any one time three pumps are used, pushing up to 6,000 litres a second of abrasive seawater for two hours either side of each high tide.

Despite this heavy daily workload they have performed efficiently for decades but in early 2013 planned maintenance noted there was some running noise coming from the No2 pump which was enough to warrant further investigation.

Closer inspection revealed that as well as the noise, it was also leaking from the bottom casing and therefore not operating to its maximum capability. It meant the pump had to be shut down and repair and maintenance specialists from pump distributor AxFlow were called in to advise, drawing on their expertise in repairing ageing impounding pumps. After a thorough assessment, a decision was taken to completely remove the 40 tonne pump, including the lower rising mains and carry out a full strip down.

Removing a pump of this size and weight is clearly an engineering and logistical challenge, especially when it had to be transported almost 200 miles to AxFlow’s service base in the North of England. A major task was to free up the majority of the 144 1¼ in bolts which had rusted solid. The whole procedure took three weeks. “Once we had the pump in our workshop we were able to undertake a full strip-down and photographically identify and record the condition of all the components,” said Mark Redgrove, technical support manager at AxFlow.

“Our detailed inspection revealed there was considerable damage and wear to several of the major components, with the lower rising main (LRM) and wear rings being the worst examples. There was also damage to the motor terminal block and both the upper and lower bearings needed replacing.”

AxFlow’s report revealed the LRM was badly eroded and it was thought this could have been due to cavitation wear. Two options were put to the customer. The first was a Belzona repair and the second a complete replacement of the unit. The decision taken was to go with a new LRM, so a new component was cast and machined. “We found the lower wear ring was missing altogether and it was this that would have exposed the LRM to faster erosion,” added Mr Redgrove.”The upper wear ring was also severely eroded and corroded, so we took a decision to replace both wear rings.”

Attention had to be given to the bearing sleeve as this was badly worn, showing a 6 in long hole through into the shaft. Inspection showed it could be re-used and this was cleaned and dressed. The cutless rubber bearings were worn and had to be replaced, whilst the muff coupling sleeves were skim-machined and new couplings made to size.

The Michell bearing was also stripped and inspected and it was found that the collar was in good condition so could be re-used. The only work required was skim-machining with the pads metalled and refinished. The lower part of the outlet guide vane casing at the upper wear ring was badly corroded, requiring AxFlow to machine it back and cast and refit a replacement. The spigot for the lower tunnel tube was also broken, so this was machined back by 10 mm to re-introduce the spigot and a new 10mm longer tunnel tube was cast and machined.

Despite the wear shown by many of the components and the aggressive nature of the seawater being pumped, the impeller was found to be in good condition. “There was some wear on the tips of the impeller vanes, so we skim-machined them along with the wear rings and dynamically rebalanced the impeller to G2.5. The impeller pitch control was also in good working order, so all we had to do was clean it, reassemble it and grease it,” said Mr Redgrove.

“Although the size and extent of wear to the pump was a challenge, the project ran smoothly from start to finish and the pump is now re-installed in the impounding station and running smoothly. Through our network of local suppliers we were able to procure the necessary reverse engineered parts required, which is pleasing considering the pumps are approaching 50 years old. “Together our team of engineers and support staff from opposite ends of the country worked effectively to complete the project.” 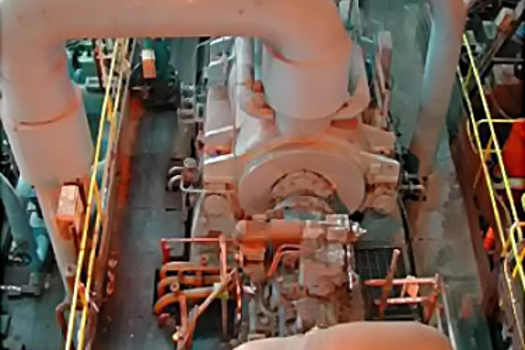 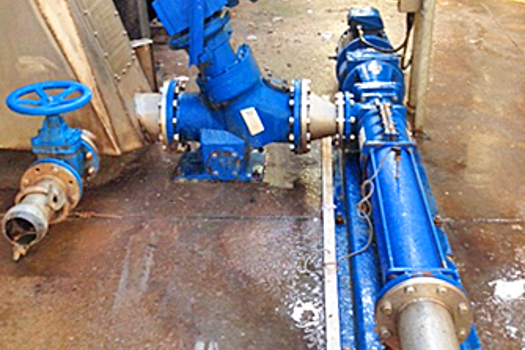 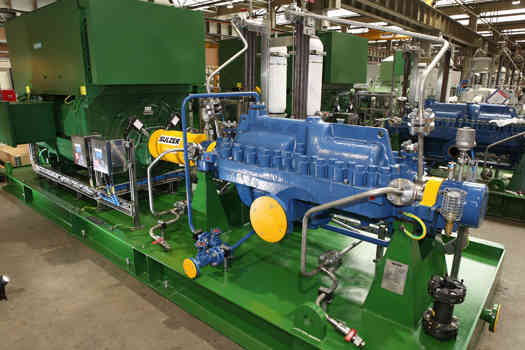 Sulzer refinery pump gets new lease of life at 40