Measuring liquid in half filled pipes

A wastewater treatment plant needed to measure the volume of liquid in partially filled pipes. Inaccurate flow measurements in a particularly troublesome section of piping forced the plant to run on manual mode. The installation of electromagnetic flowmeters provided accurate, continuous measuring over the entire pipe cross-section and enabled the switch to automatic mode.

Some people look at the glass half full, some look at it as half empty. Neither approach is inherently bad, it's just two different ways of looking at things. However, if a pipe in a wastewater treatment plant is only 50% filled, it doesn't matter whether you call it half full or half empty. When it comes to measuring the liquid in that pipe, either way presents a significant problem. The dilemma comes down to one undisputed truth: few instruments can accurately measure the level of flow in a pipe which is half full – or less.

Primnath Rambissoon, instrumentation supervisor at the Back River Wastewater Treatment Plant in Baltimore, was all-too-familiar with this issue. “We had a process in the plant that had been shut down for quite a while, and when we restarted it, we had problems taking the measurement in that pipe,” said Rambissoon, who is also in charge of the plant's remote pumping stations and remote media stations. “It was an application where the flow rate was very low and the pipe wasn't completely full. Unfortunately, the flowmeter we were using was simply unable to measure flow when it was that low.”

Specifically, the trouble area was a section of piping that served as part of the plant's sludge handling process, transferring liquid from one section of the plant to another. The root cause was that the 12 in pipe was oversized for the amount of material running through it. Plant management had previously attempted to remedy the situation by installing a reducer to reduce the pipe from 12 to 8 in, but that still wasn't enough to make the existing flowmeter work. Essentially, where the water originated at the entry point of the plant was a full pipe and the meter there could handle the flow rate. But plant personnel were unsuccessful trying to correlate that flow with what was coming from the other side of the plant.

“When I came here about three years ago, operations told me about it, but there was nothing I could really do without a full pipe to read,” said Rambissoon. “It would just run and they would look at it when they got flow and they would just guess much of the time. What's worse, since we couldn't get a flow, we couldn't operate on automatic mode in that process, which would have reduced our operational costs. We operated in manual mode for years, probably from the time the system was designed.”

According to Rambissoon, the flow measurement in this section of the plant didn't present any environmental or health dangers. At worst, it might lead to a situation in which tanks might be overfilled, causing leakage somewhere else in the plant. Still, accurate measurement was – and still remains – important to the plant's overall efficient operation.

Then, late in 2008, David Spitzer of Krohne Inc. was making one of his regular sales calls to Back River. Spitzer, Krohne's district sales manager for Maryland, Washington, DC, Virginia, and parts of Delaware, informed Back River that Krohne had a unique product capable of measuring flow in partially filled pipes. Rambissoon was intrigued by this prospect and decided to investigate further. Working with Krohne would not be a real leap of faith, given that Back River already had a relationship with Krohne (the plant had recently purchased a couple of Krohne's OPTIWAVE 7300 C Radar Meters, one of which is being used to measure the level of a basin in the chlorination/dechlorinationsection of the plant).

What's more, some of the meters in the plant were actually Krohne flow meters, although they were pushing 20 years old. Plus, Rambissoon said that at the plant where he previously worked, there were several Krohne magmeters in place. Consequently, once Spitzer started calling on Back River, it was, more or less, a re-introduction to the Krohne line of products. “I did a little ‘show and tell’ on our meter products and it really clicked with Primnath,” Spitzer recalled. “He was very interested in getting our flow meter into that low-flow pipe to see what it could do.”

As a result of Spitzer's presentation, Back River bought the Krohne Tidalflux Electromagnetic Flowmeter at the end of 2008; it was delivered and installed in early 2009. The Tidalflux, which is ideally suited for use in partially filled pipelines, is installed mainly in the intake and outfall structures of sewage works and stormwater basin outlets, as well as in transfer stations.

The measuring system is similar to that of a conventional electromagnetic flowmeter with two measuring electrodes, supplemented by a capacitive level measuring system which measures the filling level in the primary head with millimeter accuracy, regardless of whether the pipe is flowing full, half-full or even less.

As the two measuring electrodes are located below the 10% filling level, the Tidalflux is immune to any residues floating on the water surface and is not affected by flow profile or wave motion. The capacitive level measuring system is supported on large-area sensors which are embedded in the liner of the primary head. Thanks to this capacitive principle the measurement is less dependent on flow profile and wave formation, and levels can be measured accurately and continuously over the entire pipe cross-sectional area.

Spitzer stated that it is the location of the electrodes that creates the meter's distinctive capabilities. “The electrodes are situated at about the 10% level in the diameter of the pipe,” said Spitzer. “So we're measuring down there, and there's also a capacitate level sensor inside the meter that actually measures the level of the pipe. The electrodes reveal the velocity of the liquid going through, and the level-element indicates how full the pipe is. That all gets integrated into a volumetric flow. It basically operates as a standard magmeter, but we relocate the electrodes toward the bottom and put a level measuring element behind the liner.

“This is kind of a unique configuration within the industry,” he added. “There are a couple [of] other manufacturers out there that try to measure partially full pipes; they use multiple electrodes around the pipe, so in between they're just estimating.”

A welcome byproduct of the Tidalflux's high measuring accuracy is low hydraulic losses and a low maintenance requirement. What's more, calibration of the meter in the field is not necessary; continued accuracy is virtually assured with little or no involvement by operators or technicians.

Rambissoon says that the Tidalflux meter has not only performed just as expected, but presented few challenges during installation and set-up. “The entire set-up and installation was extremely simple,” he mentioned. “In fact, we didn't even need a factory person to come out and install it; we did it ourselves in house. And our operations people love it because it makes their job so much easier. But the most important benefit is the meter's functionality and accuracy. Most of the time we wouldn't be able to read a flow unless it was relatively high. Now we can get an accurate read at flow levels as low as two gallons per minute. Also, we can't overstate the benefit of being able to run the meter in automatic mode. Spitzer went ‘the extra mile' to ensure that the Tidalflux would continue to perform up to Back River's standards.

“There were some questions about the additional wiring involved,” he said. “Just to be certain that everyone was on the same page, I brought in a service guy and we did a mini-seminar at lunch time, because it was a pretty new device for them. I wanted Back River's in-house technicians to understand the nuances of the system and be able to address any potential problem, however unlikely, using internal resources.”

Spitzer's extra effort seems to have won over even the harshest critics. “There's one guy there who is skeptical of just about everybody's product,” he said. “After we were able to get the measurement from that pipe for the first time ever, he actually shook his head and said, ‘It works'.”

Based on the success of this project, as well as the earlier success with the OPTIWAVE Radar Meters, Spitzer will continue to supply Krohne products to Back River. “Since the Tidalflux was installed, I've sold them a couple of levels, and I also get the occasional RFQ for other flow meters from them. More notably, Primnath indicated that he has two other places in the plant where measurement of low flows is a problem, so he intends to purchase the Tidalflux for those areas as well.” 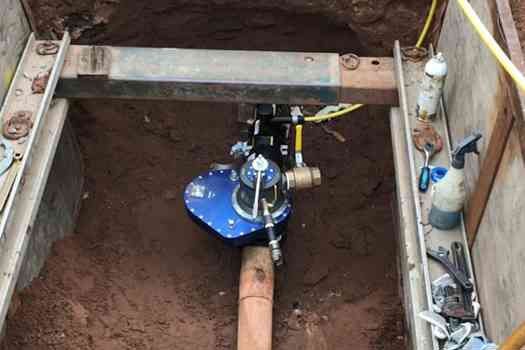 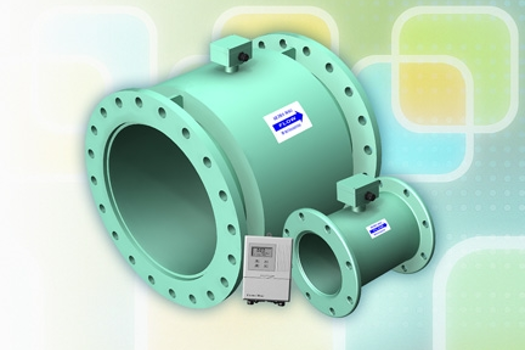 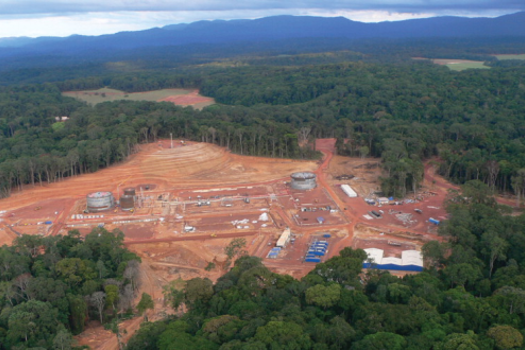 Moving the oil and cleaning the pipes 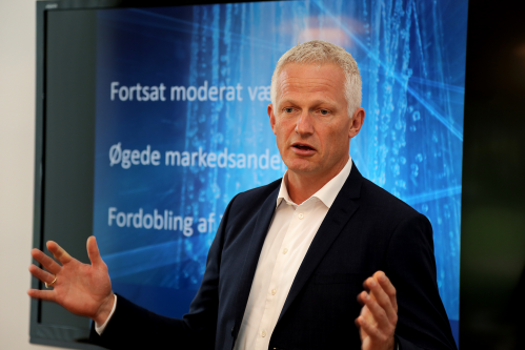