Almatec worked to broaden its pump portolio with a new reasonable model. The result is the C-Series AODD pump, a cost-effecitve alternative in order to counter the imitators, built for fluid-handling applications that do not require high-end features.

The pump's heavy plastic construction provided the mass that oscillating pumps require, housing materials constructed of chemically resistant PE or PTFE and an outer surface that was completely metal-free. This created a pump that would provide reliable, long-life performance in a wide-range of industries and fluid-handling applications, at a premium price.

High-end pumps Tver the years, Almatec worked to improve even further on the AD Series pump’s design and operation and has introduced other even higher-end pumps to the market, with the original AD Series retired nearly a decade ago. However, the recent trend toward “good enough” thinking within the industry forced the company to consider the development of a cheaper alternative in order to counter the imitators, many of whom are, ironically, basing their designs on Almatec’s 1984 version of the AODD pump.

The result is the development and release by Almatec of the C-Series AODD pump, which is being billed as the “New original.” The pump, which is available in 10 mm (3/8 in), 15 mm (1/2 in) and 25 mm (1 in) port sizes, is designed for fluid-handling applications that do not require high-end features. Still, the pump has the mass needed for oscillating pumps with wetted parts constructed of PE or PTFE, with conductive versions with ATEX conformity also available, while the diaphragms and ball valves are made of PTFE and EPDM.

No lubrication needed The pump’s engine is the patented PERSWING P® air control system, which has no dead center and operates without the need for any lubrication. It has only two moving parts that allow it to achieve superior and volumetrically consistent flow rates and optimize air consumption, which helps lower the pump’s overall operating costs.

Drop-in replacements The pump’s design also positions the suction and discharge ports as separate housing parts so that three different connection footprints are available, which allows for easy matching to existing installations.

These numerous configuration and connection options make the pumps easy drop-in replacements for the imitation models that have entered the market. Optional accessories include diaphragm-monitoring and stroke-counting systems, and a center block made of PA conductive for use in high-temperature applications. 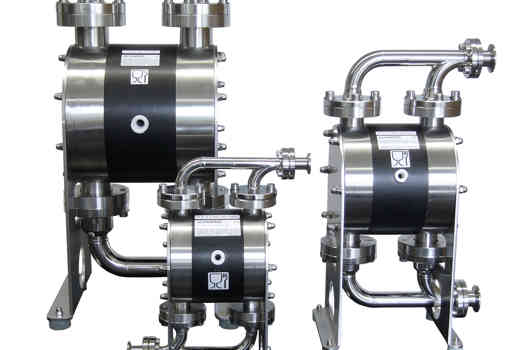 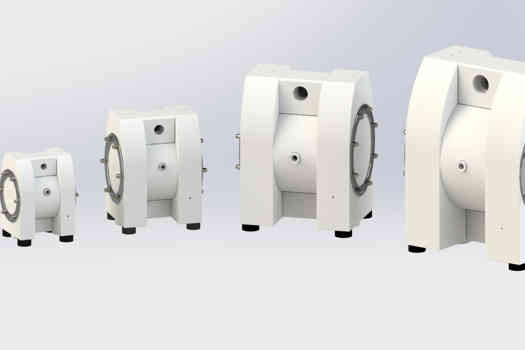 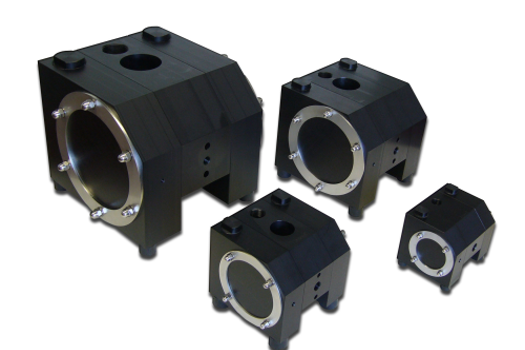 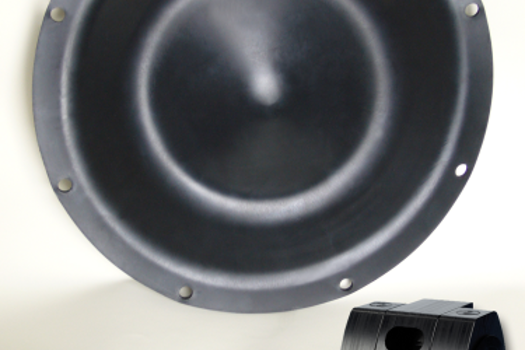 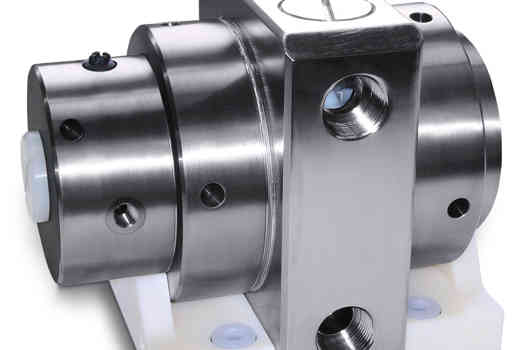 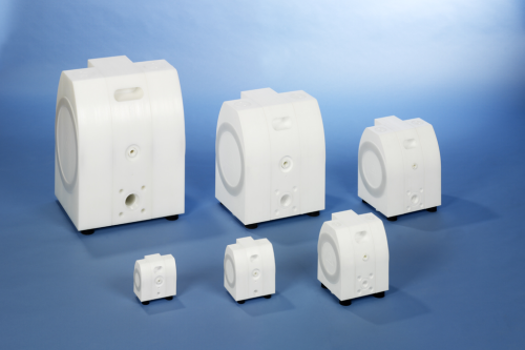