Geothermal energy is also being spotlighted in a congress on biomass and geothermal energy which is to be held on 9 and 10 May. The congress, hosted in the International Congress Centre Munich (ICM), adjacent to the exhibition centre, is being organised by Enerchange, an agency for renewable energies. Currently, Europe leads the way in the direct use of geothermal heat while worldwide last year 526 power stations around the world delivered over 67,000 GWh of electricity from geothermal sources. The USA has the largest number of such power stations, at 209. Governments in many countries such as Indonesia are launching subsidised programmes and policies to support the growth of geothermal energy. Companies involved in geothermal energy will also have a chance at IFAT to present their offering at a joint stand on geothermal energy.

IFAT focuses on energy from waste 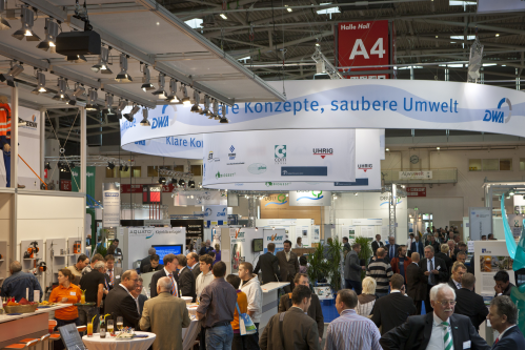 Mega cities on the agenda at IFAT